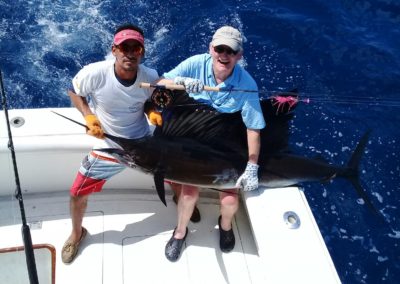 There is nothing like catching a 100lb+ sailfish on a fly……………..as they say………………once you have caught on the fly, there is no going back ! The sight of the lit-up billfish only twenty or thirty feet from the stern of the boat – hot from chasing a teaser – “Cast Cast” goes the cry…………..and pandemonium ensues !!!! 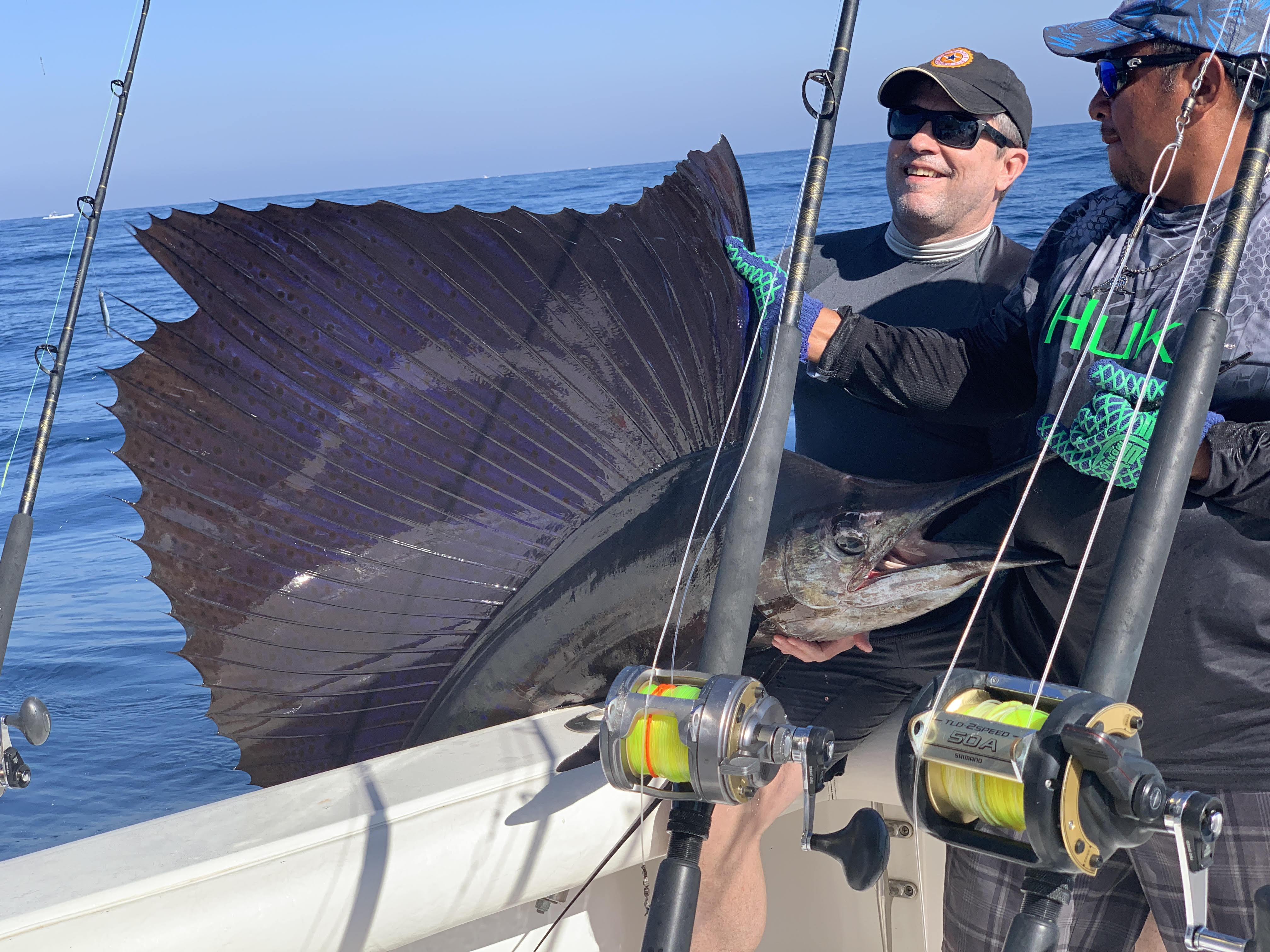 Because of its abundance of billfish, and sailfish in particular, fishing in Guatemala has become the destination of choice for fly-fishing for sailfish for both novices and experienced. The ratio of hook-up to raises when fly-fishing for sailfish is significantly lower than when fishing for them and other billfish on conventional tackle; and so more raises is a particularly attractive feature to those who want to try to catch their first sailfish on the fly. Guatemala is blessed with calm waters in the fishing season, and strong currents from Mexico bring with them an abundance of sailfish that feed on them aggressively. An average days fishing for sailfish in Guatemala would see up to twenty billfish raised to the stern of the boat, making it an ideal destination for novice fly-fishermen who are keen to learn the technique of casting a fly to a sailfish and experiencing the thrill of fighting a hundred pound plus fish on the long wand. When fly-fishing for sailfish in Guatemala, the novice fly-fisherman can expect some short instruction dockside before the boats leaves the dock explaining the procedure in some detail of how to time the cast and importantly the signals and direction he can expect to hear from the Captain on the bridge. Fly-fishing for billfish is a team enterprise, and this instruction is one of the most important elements of success when out on the water. Unlike trolling with conventional tackle, when fly-fishing for sailfish it is normal to only have one side of the boat actually trolling teasers or naked baits in order to raise the sailfish. If the angler is right handed, that crew will raise the portside outrigger and clear the deck and gunnel to make it easier to cast to the fish. The teasers and baits are pulled from the starboard side of the boat and when a billfish is raised the crew quickly jumps into action. The crews objective at this point is not to catch the fish, rather it is continue the tease of the fish in order to elevate its level of excitement and make it as aggressive as possible. They will take a spinning outfit loaded with a hookless ballyhoo in most cases and pitch the bait in front of the sailfish and try to entice it to chase. As the sailfish charges the bait, the crew will wind hard in order to keep the bait just outside of the fishes attack range. When the Captain believes that the fish is sufficiently lit up: and ready to strike, he will issue a command to the crew to whip the bait from the water. In synchronization now, he will put the boat into neutral and give the command to the angler to cast. The ideal cast at this point is just to the right (from the anglers perspective and behind the sailfish. The theory of this is that the sailfish will have been charging a bait drawn towards the starboard side of the boat by the crew and as the bait has now disappeared from its view, will start to fade away. If things have gone according to plan up until now the angler will have made his cast, started a pop on the fly; and the fish will automatically come onto this in its line of sight. This is probably one of the most thrilling sights a fly-fisherman can experience &ndash; as the big sailfish recognizes the fly as bait and lunges for it and the fly-fisherman (hopefully) has his billfish hooked onto the flyrod!